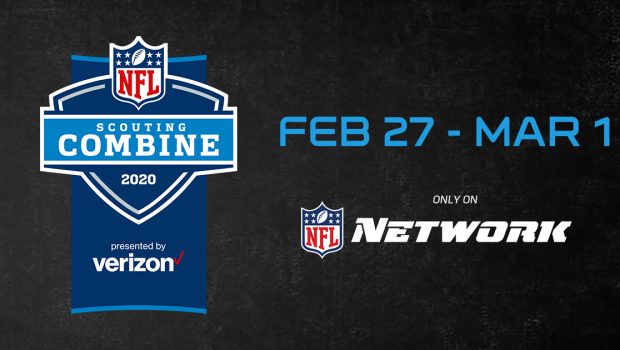 The wise asses in the media call it the Underwear Olympics.

That’s because the perceived winners surely get the gold.

Money, that is. Not medals.

The annual NFL scouting combine in Indianapolis has shifted to a new schedule this year, with testing and on-field workouts moved into the evening broadcast window. Quarterbacks, wide receivers and tight ends will get things started today, the first of four days of action.

The session will begin at 4 p.m. ET and continue until 11 p.m. ET. Players will take part in the 40-yard dash, vertical leap, broad jump and other testing in addition to position-specific workouts at Lucas Oil Stadium.

The full day’s event will be broadcast on NFL Network and streamed on NFL.com. ESPN will also carry coverage from 7-8 p.m. ET, with live streams available on WatchESPN.

LSU quarterback Joe Burrow, the presumptive No. 1 pick, will not participate in today’s action. Alabama quarterback Tua Tagovailoa also will be sidelined as he continues to recover from hip surgery. But the group of passers is still expected to feature some marquee names, including Oregon’s Justin Herbert, Utah State’s Jordan Love, Washington’s Jacob Eason,

The wide receiver group is considered to be loaded with first-round talent as well as several other talented pass catchers. Alabama’s Jerry Jeudy and Oklahoma’s CeeDee Lamb have been projected to be top-15 picks, but Alabama’s Henry Ruggs III could threaten to be the first player taken at the position as he looks to set the record for the 40-yard dash.