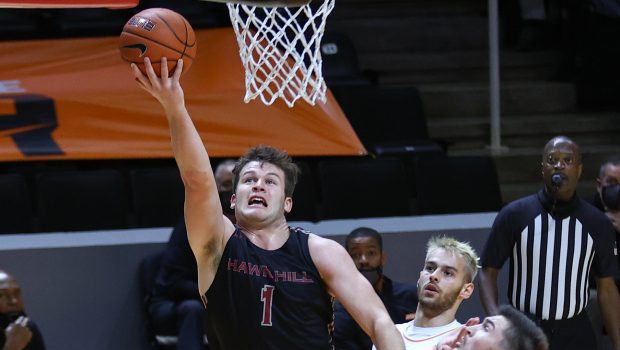 WINLESS ST. JOE’S BLOWN AWAY BY NO. 8 TENNESSEE

Victor Bailey scored 18 points to lead No. 8 Tennessee to a 102-66 victory over winless Saint Joseph’s.

”They are a great team,” Saint Joseph’s coach Billy Lange said. ”They have few weaknesses, particularly on a night where they shoot from 3 that well.”

”Although the outcomes haven’t been what we will eventually come to expect with wins,” Lange said, ”there are seeds that are being planted. There are things we’re doing within our fundamentals and our details and the attack mindset the team is growing.”

Tennessee, which limited its first four opponents to 33% shooting, held Saint Joseph’s to 40%.

Bailey had 13 points by halftime as Tennessee led 56-33 at the break.

Jack Forrest paced the Hawks with nine points in the first 20 minutes. Daly and Funk each scored eight.

The Vols jumped out to a 20-4 lead in the first 6:22. Saint Joseph’s shot 1 of 7 and committed four turnovers during that span.