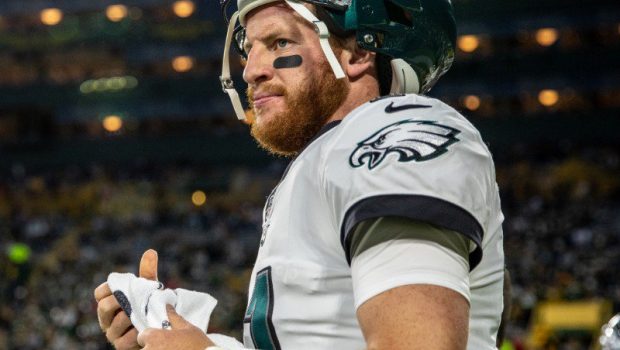 WIN OVER PACK SPIKES EAGLES TO 6TH FROM 17TH IN NFL’S RANKINGS!

The Eagles produced a tremendous team effort on Thursday night at Lambeau Field.

Facing an undefeated Packers team, on the road, on a short week, with several key players still sidelined, coach Doug Pederson received huge efforts from both sides of the ball in a crucial 34-27 win.

The defense stepped up with two goal-line stands in the fourth quarter, and the running game gave the offense much-needed balance on the way to 176 yards.

Carson Wentz threw for just 160 yards, but he finished with three touchdowns and avoided the big mistake. Green Bay quarterback Aaron Rodgers couldn’t say the same thing after his forced end-zone pass in the final minute led to the game-clinching interception by Nigel Bradham. Now 2-2, the Eagles get nine days to recover and prep before the winless Jets come to town. Order has been restored.