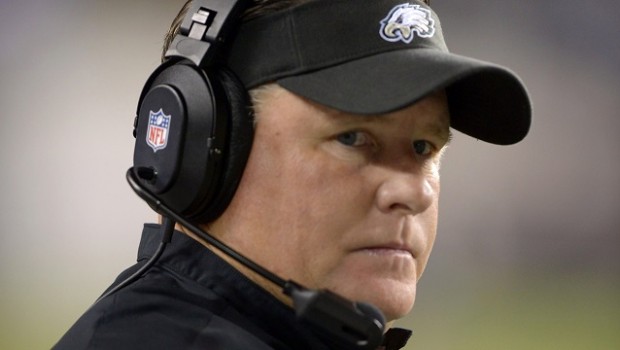 The Eagles’ home loss last Sunday night to the Cowboys lowered their record to 9-5 and on the outside looking in for the NFC East crown.

Without many tiebreaks the Eagles could lose out on a wild card spot even if they win their final two contests.

“Right now, we’ve only got nine wins,” Kelly said Wednesday. “I mean, for us to think of questions like that, that doesn’t help us beat Washington. So I don’t really think about it. If we win 11 games and it’s not good enough to get in, shame on us because we didn’t win the right games. That’s the bottom line. That’s what this whole deal is all about and we know it going in.”

One of those wrong games was to the Cowboys, who can take the division by winning their final two games. But include the Cardinals, Seahawks and Packers to the list of harmful losses that could cause the premature end of the Eagles’ season, even with double-digit victories.