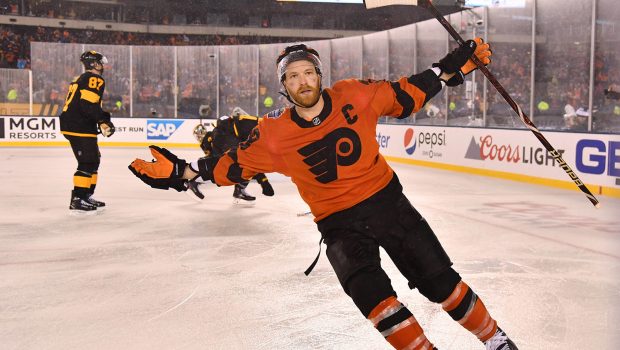 WILL WOEFUL FLYERS EVER WIN A PLAYOFF ROUND AGAIN?

Since the end of last season the Flyers have a new coaching staff, a new No. 2 center, a pair of veteran defensemen on an otherwise green back end and general manager Chuck Fletcher, who has all of seven months on the job, is also now the team president.

Yes, the Flyers made good on a promise of change.

Now the question is how far it will take them.

It’s been seven seasons and counting since they even won a playoff round so that will be the first goal.

Ultimately, of course, they want to do something that hasn’t happened since 1975 and hoist the Stanley Cup.

It may not happen quickly, but now there’s reason to at least expect the Flyers won’t be more of the same because they’ve altered the roster, who’s running the bench and the management staff.