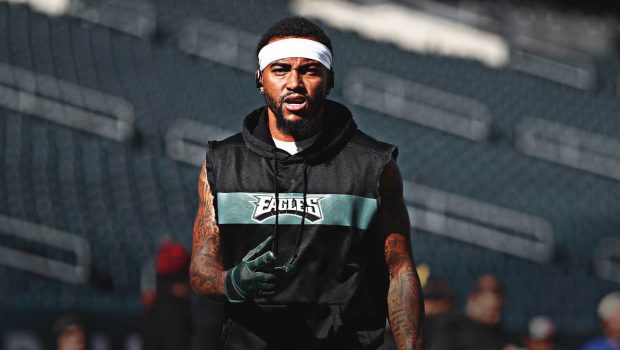 WILL WE EVER AGAIN SEE DESEAN JACKSON RECEIVING FOR THE EAGLES?

DeSean Jackson was limited, but at least he practiced yesterday after missing all of last week due to a hamstring injury and did not play in last Sunday night’s victory over the 49ers.

“In DeSean’s case, it’s just a matter of just continuing to manage him, make sure he’s more than — we say 100 percent, but 100 percent as he enters himself back into practice and gets himself accumulated again,” coach Doug Pederson said.

JJ Arcega-Whiteside (calf) and Alshon Jeffery (foot) also missed last week’s game. Arcega-Whiteside was a full participant yesterday while Jeffery continues to work in limited fashion as he tries to make his 2020 debut.