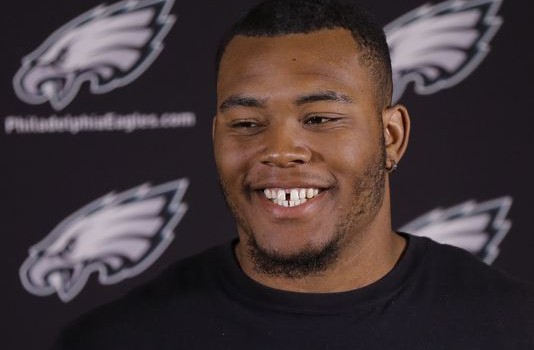 WILL UNDRAFTED BUNCHE BE THE SURPRISE OF EAGLES CAMP?

The Eagles open training camp today at the NovaCare complex in South Philly, and of all the story lines we are watching nothing quite compares with undrafted free agent Malcolm Bunche.

Thanks to the team’s release of Evan Mathis in June, the Eagles’ depth at guard is shallow. That leaves the door open for Bunche to earn a roster spot at a position where depth will be imperative.

That leaves reason to question whether he is really cut out for the NFL, but among an undrafted free-agent crop that is mostly full of long shots, he appears to have the best chance at making the Eagles’ roster because of the position he plays.

A good athlete for 6-6 and 320 pounds, the weight he measured at during UCLA’s pro day, according to NFLDraftScout.com, Bunche has the physical upside to make his mark on the Eagles’ guard competition, but he needs to learn better technique and step up his effort.

Projected new starters Allen Barbre and Matt Tobin are likely locks to make the roster at guard, but the competition behind them should be wide open. If Bunche can start to realize his potential and play up to his ability, he could end up in a good position to seize a roster spot.