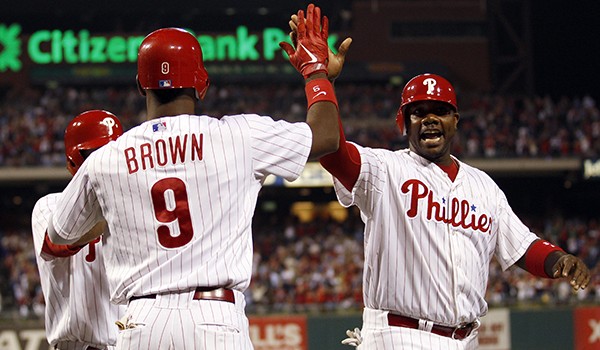 In a nutshell, that has been the issue for the preponderance of the underachieving Brown’s major league career.

Brown finished his rehab assignment Tuesday and was reinstated from the 15-day disabled list. However, he won’t be joining his teammates in St. Louis as had been expected.

Instead, he’ll be staying in Triple-A Lehigh Valley.

The Phillies immediately optioned Brown, who is making $2.6 million this year, back to Triple-A.

In nine games with the IronPigs, Brown hit .139 with five runs scored, three RBIs and one extra base hit – a double. The outfielder previously appeared in six games with Single-A Clearwater hitting .294.