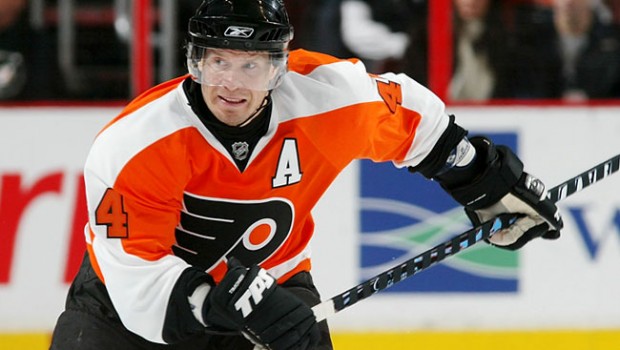 Kimmo Timonen is hoping against hope that he can return to the Flyers’ lineup this season.

The veteran defenseman has not played this season due to blood clots found in his legs and lungs during the offseason.

Timonen told reporters on Saturday that his situation is complicated because of a hereditary blood disorder in his family.

He also told Tim Panachio of CSNPhilly.com that he will have blood test results in 10 days.

If he is medically cleared to play this season, the 39-year-old says he will meet with the Flyers about a possible return to the lineup.

Timonen, who has spent the past seven seasons in Philly, has 117 goals and 571 points 1092 career games over 15 seasons.