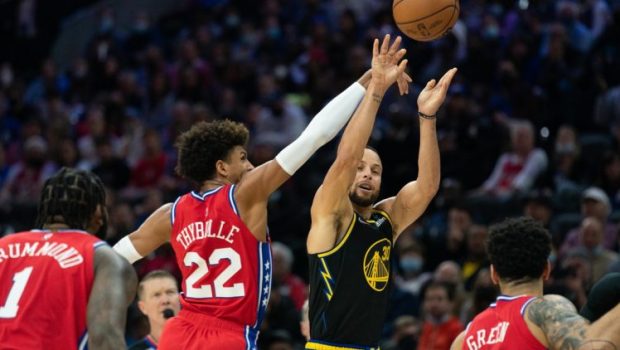 WILL THYBULLE’S ABSENCE HURT SIXERS IN GAMES 3 AND 4? NO WAY!

Thybulle scored only 8 points in games 1 and 2, and there hasn’t been a need for his great defense.

The Sixers have gone up two games to none on the Toronto Raptors, with games 3 and 4 set for Wednesday night and Saturday afternoon in Canada.

Which means they’ll be playing without Matisse Thybulle, who is unvaxxed for COVID and unable to even enter the country.

The 76ers might already have a healthy lineup with one of the best forms, things are already looking good for the Toronto Raptors. Chances are you’ve already noticed the slight difference in team ability and are looking to cash in on it at the top betting sites in Canada. Well, before you start throwing your money at those juicy odds with the hope of a life-changing win, you might want to reconsider.

The 76ers are guaranteed to lose a key member of their team as Thybulle is deemed ineligible to play in Toronto in the first round. This doesn’t come as a shock as the team has always known Thybulle’s stance on not getting the Covid-19 vaccine could pose problems in the future.

Canada bars unvaccinated players from entering the countrywhich means Thybulle will become a part-time player in a playoff series against Toronto. Thybulle isn’t showing any signs of changing his stances which brings to question, – Will Matisse Thybulle’s absence in games in Toronto hurt the Sixers?

With Thybulle’s guaranteed absence in at least two playoff games, the Sixers will have to make up for that void in their defense when playing on the road in Toronto.

As it seems, Philadelphia have come up with a game plan to cushion the effects of Thybulle’s absence. According to Doc Rivers,

“There’s no difference in preparation because the first two games Matisse is playing,” said Rivers. “That’s the one thing as a staff that we decided. We’ll cross Game 3 and 4 when we get to Game 3 and 4. I want to prepare for Games 1 and 2. I don’t want to have a second plan and the distraction of that. We’ll get to Game 3, but the first two games, we are whole and that’s how we’re going to work.”

Thybulle statement on Sunday after the Sixers clinched the No.4 seed shows that he won’t change his vaccination status to play at Toronto.

“I was raised in a holistic household, where anti-vax is not like a term that was ever used, it’s a weird term that has been kind of been thrown around to just label people,” Thybulle said. “We grew up with Chinese medicine and naturopathic doctors. Just with that upbringing, coming into the situation, I felt like I had a solid foundation of medical resources that could serve me beyond what this vaccine could do for me. As things escalated, and as this situation has played out, I’ve obviously had to reconsider and look at it differently.”

With the loss of their top perimeter defender, the Sixers are in for a hell of a match. However, Rivers has given the assurance that the Sixers have nothing to fear.

You might want to consider that when you put your betting skills to the test as the Philadelphia 76ers take on the Toronto Raptors.