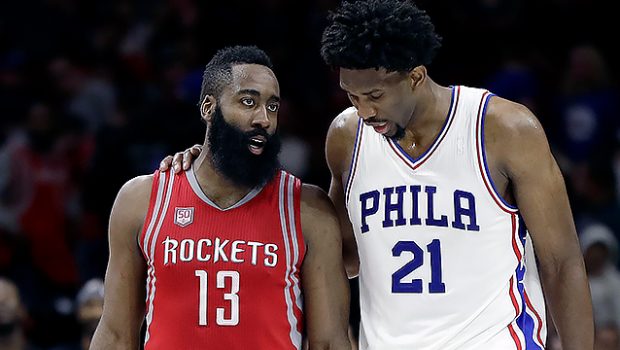 WILL SIXERS RUN IT BACK UNDER RIVERS OR GO AFTER JAMES HARDEN?

So, it’s time for new Sixers boss Daryl Morey to start earning the $10 million he is reportedly being paid and improve the team that got swept out of the first round of August’s bubble playoffs by the dreaded Celtics:

The Sixers could possibly pull off a trade for James Harden.

It seems unlikely at the moment, especially with Harden making it known that he’s locked in with Houston for next season.

But if Harden sees the team is headed towards a rebuild, he won’t even have to ask out before the Rockets find a suitor for him.

And that suitor could be Philly, who have the draft capital and All-Stars to make a worthwhile offer for Harden.

Harden, thanks to his three-point shooting and scoring ability, would be a way better fit next to Joel Embiid than Ben Simmons has been, even if the defense might suffer a bit.

There’s no way to deny it:

A Harden-Embiid tandem could be among the best 2-guard/center duos we’ve ever seen, and if they were to land him, it’d automatically make the Sixers a powerhouse.

Nevertheless, even if the Sixers aren’t able to pull a deal of that magnitude off, just running it back with their current team and adding a lower-level free agent like Jackson could be enough to contend in the East under first-year head coach Doc Rivers. The team may have its flaws, but they’re still loaded with talent.

Perhaps Doc Rivers will do a better job of getting more out of that group than the fired Brett Brown did in 2019-20.