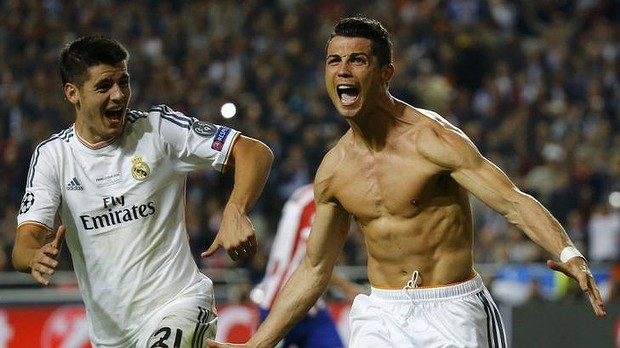 WILL RONALDO EVEN MAKE IT TO BRAZIL FOR THE WORLD CUP?

The Portuguese FA revealed fresh injury concerns for its star and captain Cristiano Ronaldo that will keep him on the sidelines for tonight’s game with Mexico at Foxborough, Mass..

It was already known that the reigning FIFA player of the year is dealing with a thigh problem heading into Brazil. But now, the country’s football association said that Ronaldo is also being hampered by tendinitis in his left leg.

“We hope that Cristiano is in good enough shape to play — and to help the team,” Portuguese teammate Nani told reporters.

Nani added that Ronaldo “is going well, and he is relaxed about it … Things are going the right way.”

Ronaldo almost single-handedly dragged Portugal into the World Cup in a stunning four-goal performance in the side’s two-leg playoff against Sweden.

He capped off his best season to date by setting a new record with 17 Champions League goals this season, as he and Real Madrid took the crown.