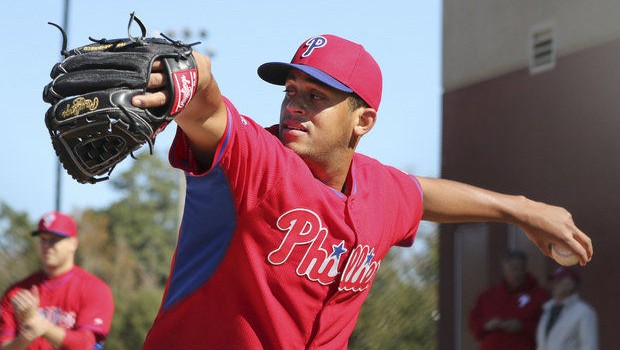 WILL HOLLANDS BE SUPER MARIO AFTER TOMMY JOHN SURGERY?

After Mario Hollands’ rehab from Tommy John surgery, will he, like so many other pitchers who have undergone the procedure, be Super Mario?

The 26-year-old Hollands pitched in 26 games as a rookie in 2014 4.40 ERA and was shut down in September due to an elbow injury which flared up again in spring training which led to Wednesday’s surgery.