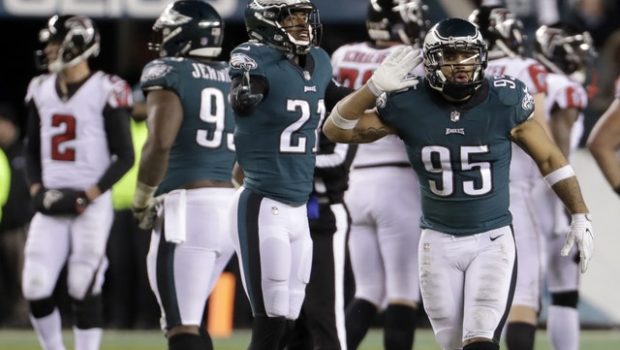 Linebacker Mychal Kendricks was too pricey for the Eagles to keep, so they cut him last week.

Now, it seems Kendricks may have piqued some interest in Minny.

Kendricks visited the Vikings yesterday, Ben Goessling of the Star Tribune reports. Kendricks’ brother, Eric, just finished his third season with the Vikings after they made him a second-round pick.

It is Kendricks’ first visit since the Eagles released him last week with more visits expected in the coming days. He will have a job soon enough after playing 15 games with 13 starts last season for the Eagles.

Kendricks was on the field for 726 defensive snaps.

The Eagles made him a second-round pick in 2012. He played 85 games with 74 starts in his career with the Birds, but the Eagles parted ways because of Kendricks’ $7.6 million cap figure.