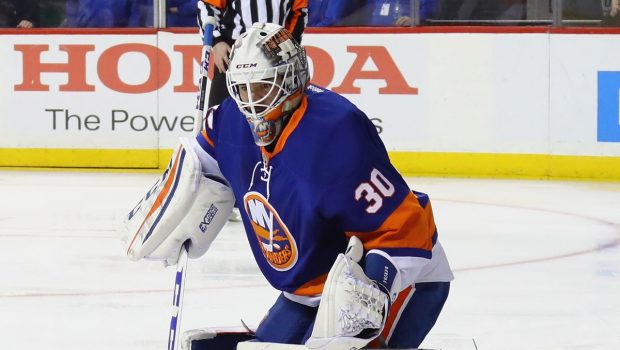 Okay, the Flyers made a minor trade, dealing goalie Jean-Francois Berube to the Rangers for future considerations.

But the question for GM Chuck Fletcher is:

Is that all you’ve got?

Berube, 28, went 12-11-4 with a 2.56 goals-against average and .906 save percentage in 29 games for AHL affiliate Lehigh Valley this season. Berube, who has 34 games of NHL experience between stints with the Islanders and Blackhawks, was signed by the Flyers on July 1 to a one-year, two-way contract worth $700,000.

The Flyers have young goalie prospects Felix Sandstrom and Kirill Ustimenko on their farm. Sandstrom, a 2015 third-round pick, and Ustimenko, a 2017 third-round selection, have appeared in a game apiece with the Phantoms this season. Both have played primarily with ECHL affiliate Reading in 2019-20.

The trade of Berube should provide developmental opportunity for Sandstrom, 23, and Ustimenko, 21, at the AHL level. On Friday night, the Flyers promoted Ustimenko to Lehigh Valley.

The Flyers’ backup goaltending situation is unclear for 2020-21. Brian Elliott and Alex Lyon can become unrestricted free agents in the offseason.

Meanwhile, the NHL trade deadline is next Monday.