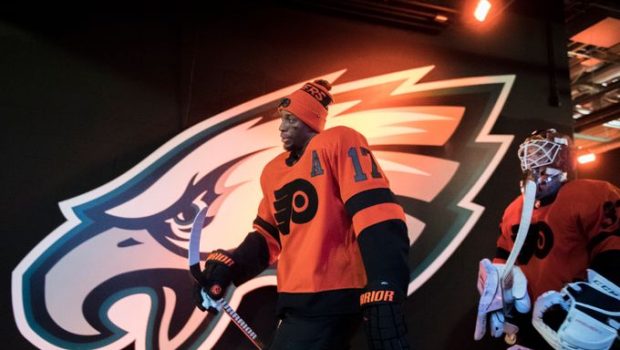 WILL FLYERS FAITHFUL BOO FORMER FAVE SIMMONDS AS A DEVIL?

Says Dave Isaac’s of the Courier Post before tomorrow night’s Flyers-Devils game at the Wells:

For the first time in his career, Wayne Simmonds was a free agent this summer. Instead of finding a big payday, he learned just how many teams thought he couldn’t hack it anymore in the NHL.

So he’s out to prove everyone wrong, including perhaps the Flyers, who traded him to Nashville at last season’s deadline after eight years in Philly. The 31-year-old right winger is now with the New Jersey Devils and even in a practice needs to show everyone he still has it.

Simmonds was the first forechecker in a drill at yesterday’s practice and bumped assistant coach Rick Kowalsky off the puck just hard enough that it wasn’t comfortable for someone wearing a track suit instead of full hockey pads. Then he lifted the stick of assistant coach Mike Grier so hard that the twig came out of the ex-NHLer’s hand and helicoptered somewhere in the corner after Simmonds emerged with the puck.