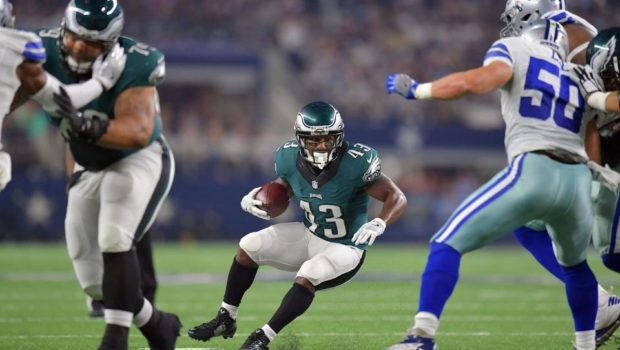 WILL EAGLE SPROLES BE PLAYING HIS LAST GAME IN PHILLY ON SUNDAY?

Eagles running back Darren Sproles signed a one-year extension with the Eagles last summer to put him under contract through 2017, and it doesn’t sound like he’s in the market for another one as this offseason gets underway.

Sproles is wrapping up his 12th NFL season and said yesterday that he’s starting to feel the pull from family to step away from the game, but he isn’t quite ready for that yet.

He thinks he will be ready to hang up the cleats after one more season and hopes that the Eagles want him to finish out his career in Philly.

“That’s not up to me. That’s up to the people upstairs. I’ve got nothing to do with that,” Sproles said, via ESPN.com. “But that’s the plan.”

Sproles is set to make $4 million next season and it’s hard to imagine the Eagles would be in a hurry to drop him from the roster. Sproles has 829 yards of offense and four touchdowns while remaining a productive punt returner, which makes him a helpful piece to plug into the lineup regardless of how the rest of the depth chart at running back shapes up in 2017.