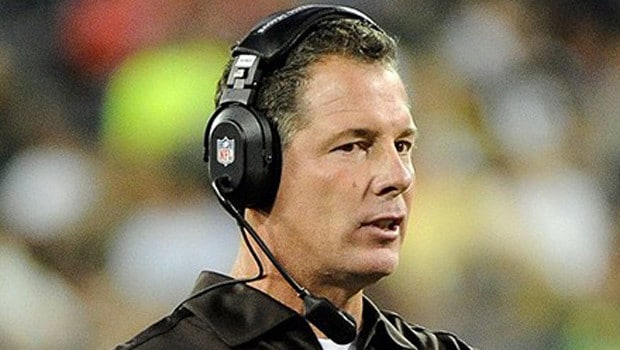 With Chiefs’ offensive coordinator Doug Pederson set to become the Eagles’ new coach after Kansas City’s season is over — it could be as late as Feb. 7 if they make the Super Bowl — he’ll have two big decisions to make:

Here are some options:

According to SI’s Don Banks, the Eagles have interest in former Lions head coach Jim Schwartz, who has also been the Titans’ and Bills’ defensive coordinator.

Another name to keep an eye on is Mike Pettine, who was the Browns’ head coach for the last two years. The former North Penn High head coach was a defensive coordinator for the Jets from 2009-12 and the Bills in 2013.

Leslie Frazier has been a defensive coordinator and head coach before and was the Eagles’ defensive backs coach from 1999-2002. Pederson was the team’s quarterback in ’99. Frazier is also reportedly a candidate to be DC in Cleveland.

Pat Shurmur is already under contract, knows Pederson and might be the best way to keep Sam Bradford. Shurmur interviewed for the head coaching job but no other teams reached out to him for a top job interview.

Duce Staley interviewed for the head coaching job too, but didn’t seem like a real candidate. He’s been the team’s running backs coach for the last three years, but might be ready to make the jump to offensive coordinator.

Brad Childress has been stashed away on Andy Reid’s Chiefs coaching staff as a spread game analyst. Childress has ties to the Eagles and Pederson. In fact, he was Pederson quarterbacks coach in 1999.