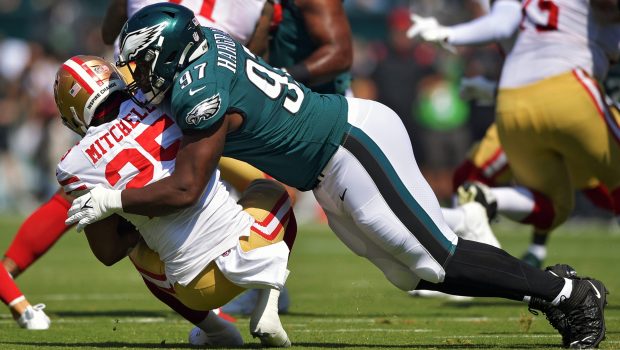 Pro Football Focus has ranked the top 50 players who will hit free agency in March if they aren’t given extensions.

Hargrave was the highest-rated Eagle. Here’s some of what writer Brad Spielberger thinks:

Since 2020, Hargrave’s 92.2 pass-rush grade trails only Aaron Donald and Chris Jones at the position, with his 18.8% pass-rush win rate also ranking third.Hargrave will be 30 years old for the 2023 season, but we’ve seen many interior defenders maintain longevity well into their 30s recently.

Hargrave is also intriguing, as different responsibilities between Pittsburgh and Philadelphia have led to interesting splits as a run defender or pass rusher.

His run-defense grades were much better in his first stop, but it seems he can excel at whatever is asked of him, which is good to know for interested teams that likely don’t frequently deploy a five-man front and do a lot of the other exotic things Philadelphia does up front.