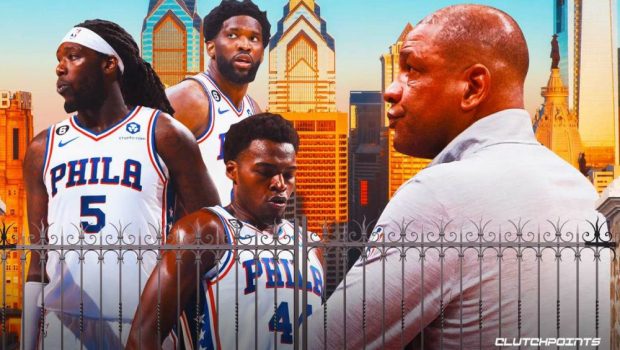 WILL DOC RIVERS EVER GIVE B-BALL PAUL REED A CHANCE TO PLAY?

The Sixers season is only one game old, a loss at defending East champ Boston the other night.

But there is already a mini-controversy bubbling.

Doc Rivers decided to go with the Montrezl Harrell at the backup center position rather than Paul Reed.

Rivers has stated it is a matchup-by-matchup case coming out of the preseason.

Harrell struggled in the matchup and added just two points, one block, zero rebounds, and zero assists in his 11 minutes of play. He shot 1-3 from the field and never found his flow.

“I thought Montrezl earned it. I thought Trez played well in the preseason,” Rivers said.

“We liked the matchup tonight because they go small and Trez usually has a great effect. Trez has to play better,”

Can’t help but wonder if Paul Reed was in here, would the offensive have gone through Maxey or Harden rather than post up mismatch hunting for Trez? pic.twitter.com/CbZMuSDQlF