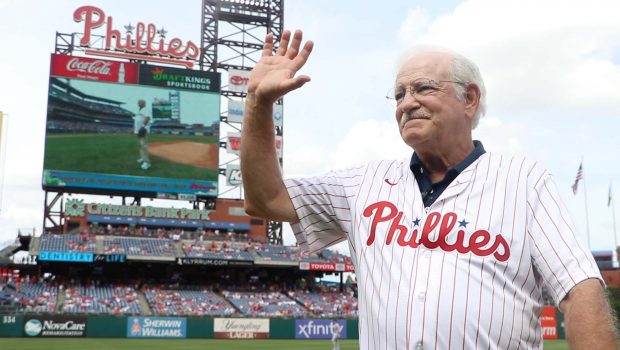 There was a big announcement by 6ABC just now:

Gardner, 74, will anchor his last broadcast on Dec. 21. 6ABC and Action News have had the top-rated newscast for the entirety of his 45 years in the anchor chair.

Taff, a Bethlehem native, has been with the station for 13 years and currently co-anchors the noon and 4 p.m. editions of Action News.

A 6ABC (WPVI-TV) spokesman confirmed that Taff will continue his duties at 4 p.m. while also taking on 6 p.m.

But the lingering question is:

Will Brian Taff wear a Phillies uni as well as Gardner did?