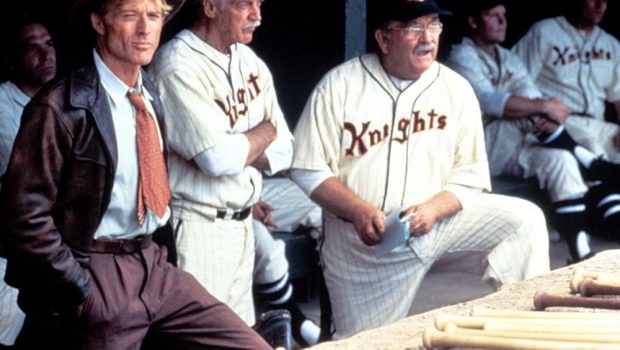 WILFRED BRIMLEY DIES: HERE’S A GREAT SCENE FROM ‘THE NATURAL’

Wilford Brimley, who worked his way up from movie stunt rider to an indelible character actor who brought gruff charm, and sometimes menace, to a range of films that included “Cocoon,” “The Natural” and “The Firm,” has died. He was 85.

Brimley’s manager Lynda Bensky said the actor died Saturday morning in a Utah hospital. He was on dialysis and had several medical ailments, she said.

The mustached Brimley was a familiar face for a number of roles, often playing characters like his grizzled baseball manager in “The Natural” opposite Robert Redford’s bad-luck phenomenon. He also worked with Redford in “Brubaker” and “The Electric Horseman.”

Here’s a great scene from “The Natural”: