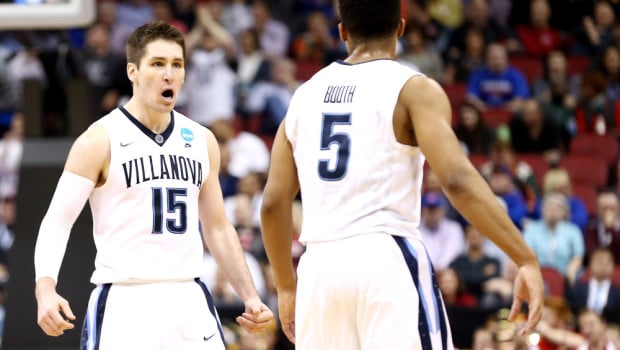 WILDCATS HAVE BEEN THE MOST DOMINANT TEAM IN THIS MADNESS!

Don’t look now but Villanova has quietly become the most dominant team in this 2016 March Madness.

The Wildcats punched the first ticket to the Elite Eight with a 92-69 win over Miami.

While much of the media attention has been directed at powers like North Carolina, Kansas, Duke and Indiana, it’s Villanova that is putting together the most dominant run of the tournament.

In its 120 minutes of basketball through three games, Villanova has led or tied for 118 minutes and 38 seconds.

The Wildcats’ average margin of victory this tournament has been 24 points, and that probably seems closer than the quality of their play.

The stats with this team over the past three tournament games have been so impressive that the winner of Kansas has to be on alert. Knocking the Wildcats off will not be easy, and Jay Wright has put an emphatic end to the recent tournament criticism.

Wright has his players loose and shooting lights out — 63 percent from the floor against Miami and nearly perfect from the line.