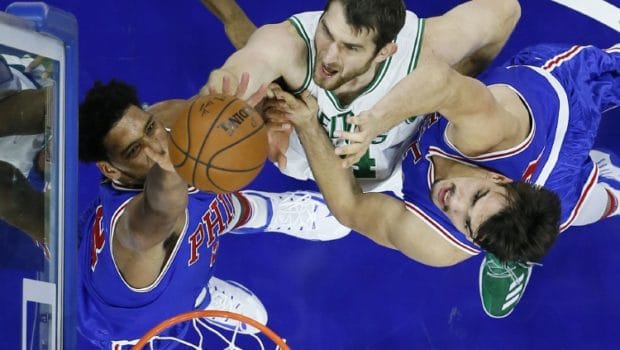 So the rumor mill is grinding away hot and heavy.

Check this morsel out from CBSSports.com

Mock trade: Philly sends No. 3 pick and Jahlil Okafor to Sacramento for No. 5 pick and Ben McLemore.

Finally, the Sixers find a place for Jahlil Okafor. And they only move down a couple spots in the draft to do so. And they get Ben McLemore in the trade, giving him a chance to live up to a sliver of the mini-Ray Allen hype when he was drafted four years ago. Not bad for the Sixers. The Kings get a player in Fox who is the best two-way point guard in this draft, the speediest player in this draft, and someone who is a consistent three-point shot away from being a star in the NBA. The first three picks of this stacked point guard draft are all point guards. Perhaps the Kings can also find a role for Okafor, who is still a uniquely talented low-post offensive player – I’m not nearly as ready to give up on him as some.