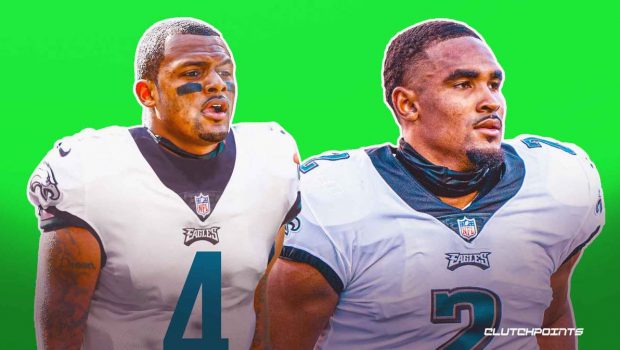 The Eagles start training camp at NovaCare in eight days.

So everybody is hanging for meat on the bones of the Birds and their prospects.

“(Watson’s) football future is in question. With camp coming up in under two weeks, that does become the question about his future. As you alluded to, he does want out of Houston, he doesn’t want to be there.

“I personally think they will wait until his value is restored, and they don’t have to sell him, trade him off at a discounted price.

Watson has been accused of sexual assault by 22 women, at last count.

And while no judge in Texas or anywhere else has rendered an opinion, why would the Eagles the Eagles expose themselves to this kind of player, talent notwithstanding?

One thought on “WHY DO EAGLES WANT TALENTED, TROUBLED DESHAUN WATSON?”