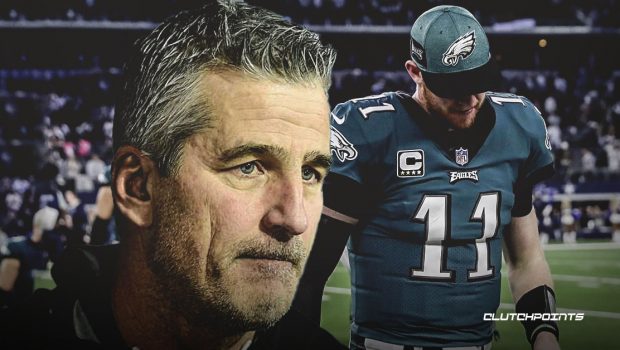 WHY WENTZ AND REICH CAN RE-CREATE THEIR EAGLES MAGIC IN INDY!

The Eagles trade of quarterback Carson Wentz won’t be official until March 17, when the new NFL league year opens.

But when Colts coach Frank Reich was asked about confidence and how it can affect a quarterback’s play, a clear reference to Wentz’s loss of confidence in Philly last season, the former Philly offensive coordinator was frank:

“A very relevant question,” Reich said, per The Athletic.

“The confidence level of players (is important) at every position, certainly not just quarterback. I think one of the great misnomers is that sometimes fans think these are the greatest players in the world, (but) everybody loses confidence for a moment. It may be brief, but it always goes back the same way.

Carson Wentz and Frank Reich reunited in Indianapolis.@BaldyNFL breaks down what the @Colts offense could look like going forward. ?️ pic.twitter.com/aWqu2saafW