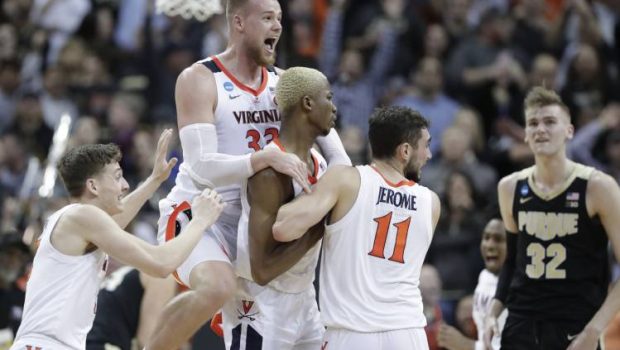 WHY VIRGINIA AND TEXAS TECH WILL COVER TONIGHT IN THE FINAL 4!

Now for the winner of the first game between Virginia and Auburn.

Speaking of Blue Bloods, Charles Barkley’s Tigers beat Kansas, North Carolina and Kentucky, back to back to back, to make it to their first EVER Final Four. That was VERY impressive. And the last W against Kentucky was WITHOUT one of their best players, Chuma Okeke. Auburn rumbles into the party on a 12-0 straight-up PERFECTO and has covered eight of the last 10.

Tony Bennett’s Cavaliers come in with an impressive resume as well, winning 13 of the last 14, but against the spread, the ’Hoos have managed to cover only three of the last seven. Not necessarily calling for the outright upset, but would buy the hook, push the line to +6, and watch Sir Charles cry on national TV. Crying because, as we all know, Barkley is a ferocious sports bettor, and he’ll be all over Auburn plus the points.

In the nightcap, we’re gonna roll with Texas Tech +2.5 points over Michigan State.

Of course, we WILL buy the hook and push Tech to +3. What else can the Red Raiders do? They rolled into the Sweet 16 against the second-best defensive team in college hoops, Michigan, and blew the Wolverines away 63-44. Then they looked at the daunting task of facing the NUMBER ONE offense in the country in the Elite Eight, Gonzaga. You think the Raiders were nervous? Nah. They held the ’Zags to ONLY 69 points, almost TWENTY points below their season average of 87.6.