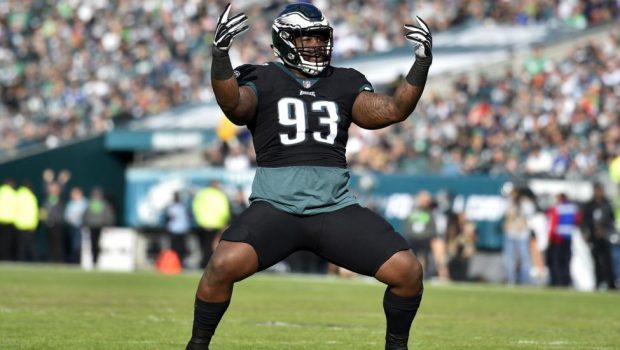 Timmy Jernigan is back with the Eagles, and he’s happy as a clam.

Or at least a clam with a chance to win a second Super Bowl ring!

Defensive tackle Jernigan took a pay cut to return to the Eagles this offseason after a back injury kept him out of the first 10 games of the season and he then missed three more after making his 2018 debut in Week 12. The Eagles opted not to pick up his $11 million contract option early in the offseason and he wound up signing back for a base salary of $1.25 million.

Jernigan can bump that total up with per-game roster bonuses and other incentives, which is all the more reason for him to keep his attention on the future rather than the past.

“I’d rather not look back on that situation. It is what it is. It’s over,” Jernigan said, via the team’s website. “My focus is on what’s going on now. I’m just excited about what we’ve got going on here.”

Malik Jackson joined the defensive tackle group this offseason and will likely join Fletcher Cox and Jernigan as the main interior defensive linemen in Philly this season.