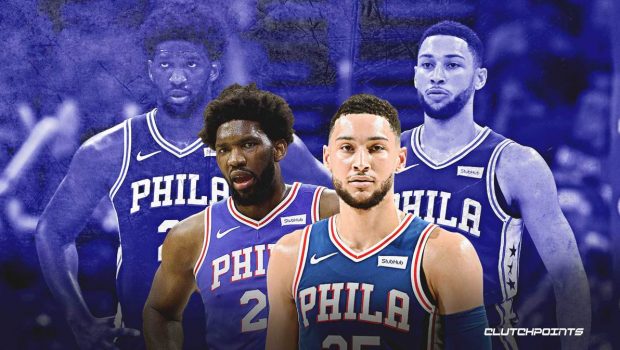 WHY THE SIXERS WILL BENEFIT FROM THE PANDEMIC PAUSE!

Not in all the years I have been watching pro sports has a situation arisen when all sports needed to be shut down as they have because of the COVID-19 outbreak.

As the NBA gets back to re-start the 2019-20 season, in an odd way the 76ers might benefit from this unprecedented stoppage.

There are a couple of reasons why.

First, point guard Ben Simmons had a back injury that would have certainly cut into the April start of the playoffs in any other season. Now Simmons has healed and is ready for this eight-game sprint, and playoff run this truncated ending to this crazy NBA season.

Second, the 76ers’ putrid road record of 10-24 put their seeding down near the bottom of the pack. They now have eight games to finish the regular season schedule to improve that seed and possibly get a more favorable match-up in the first round.

So any road woes go out the window with all league play from August 1st play versus the Pacers being played on a neutral court at central Florida Walt Disney World complex, a sprawling 220-acre mega resort that will be the center of the basketball universe.

With a load of talent on this roster this Sixer squad has a great chance to prove how good many thought they could be.