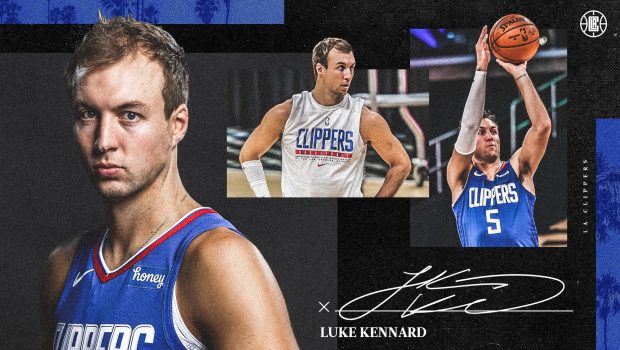 The Sixers big boss Daryl Morey is working long into the night to reshape the team around Joel Embiid, James Harden and Tyrese Maxey.

And a Western Conference executive recently told Heavy’s Sean Deveney that the Sixers are a team to watch to trade for LA Clippers sharpshooter Luke Kennard.

“There are a lot of teams looking for that shooter,” The exec told Deveney.

“Obviously, Philly needs a knockdown guy on the wing.

“And they have a love/hate thing going with (Georges) Niang and (Furkan) Korkmaz. They are seeing what they can do with Danny Green’s deal in a package, and you could do Green and (Matisse) Thybulle and probably not give up that (No. 23) pick. Is that too much for Kennard, especially with the defensive problems? Might be. But you know he is a shooter.”

When looking to acquire shooting, what better trade target than the guy who is fresh off leading the league in three-point percentage? Kennard’s 44.9% efficiency was the top mark across the NBA. On top of this, he averaged six attempts per game from deep.