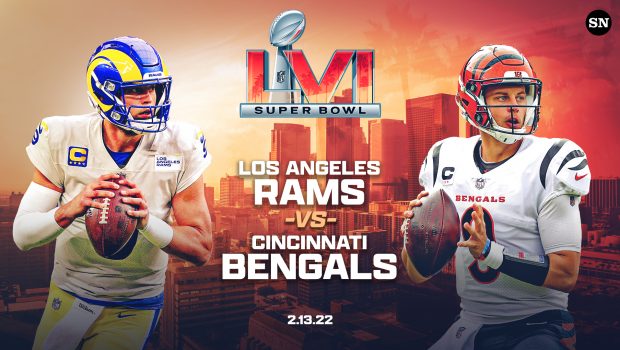 Super Bowl 22 has been narrowed down to two teams.

Both have performed beyond expectations, with the Bengals breaking all the odds. The Super Bowl 56 round-up is set to happen between LA Rams and Cincinnati Bengals on Sunday, Feb 13.

Here are the Super Bowl 56 odds for the two remaining NFL teams:

With the highlighted odds above, you may consider FanDuel Super Bowl LVI bets a trustworthy site for betting on NFL Super Bowl odds.

Super Bowl Odds: How we got here

Last weekend, the Rams and the Bengals pulled off an impressive comeback in the conference championship. Bengals fought from a 21-3 deficit to win 24-27 in overtime. Meanwhile, the Rams had to fight back a 17-7 deficit to 49ers to win 17-20 in the NFC game.

The Rams were at +800 before their divisional-round victory over the Buccaneers and opened as 3.5-point home favorites to defeat division rivals the San Francisco 49ers in the NFC championship game.

The Rams had already lost to the Niners twice this season, and they are far from guaranteed to win this game, which makes the +200 odds (33.33 percent implied chances) less appealing.

However, the Rams have the potential to win it all, thanks to a mix of generally elite quarterback performance, the league’s greatest wide receiver this season, and a genuinely frightening trio of pass rushers. Von Miller, Aaron Donald, and Leonard Floyd were all important in the Rams’ victory against Tom Brady and the Buccaneers. It’s practically a need for a Super Bowl champion to have an elite pass rush in the current age of NFL football.

Now the LA Rams enter the 56th Super Bowl as favorites. It might just be their path to becoming the second team in 54 years to take the Super Bowl trophy at home.

The Bengals had a somewhat favorable matchup in the NFL playoffs. They defeated the Raiders in the playoffs for the first time in 31 years before defeating Tennessee, one of the worst No. 1 seeds in recent memory, to advance to the AFC title game.

The Bengals are coming off strong this season, with quarterback Joe Burrow performing at an MVP level. It looked like the magic ran out when they were losing 21-3 to Kansas City at the start of the game. Now, the Bengals will hope to finish this story as a 4-point underdog against the Rams.

The -4 spread shows that sportsbook is leaning towards a win for the Bengals. It’s hard not to believe in the magic displayed by Joe Burrow and his group in the last few weeks. However, the Rams have the most talented high-end players of the duo and will have an advantage over their counterparts.

Over the coming days, we expect a slight move over the line as bettors begin to pump money on both sides.

When it comes to NFL betting, the odds are accessible before the start of the regular season. In August, you may even wager on a prospective Super Bowl champion. Certain sides will always be contenders, even more so if they were champions the year before. Bookmakers establish lines based on offseason roster movements, coaching changes, and previous on-field performance. To wager on the Super Bowl’s chances, you will have to place a future wager.