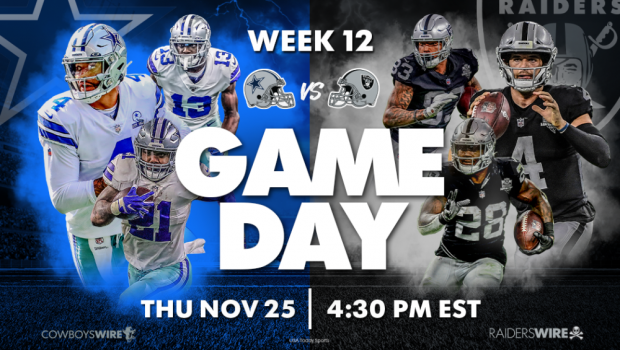 But only one is of major import to Eagles fans.

The Cowboys host the Raiders, who are 7 1/2-point dogs.

Las Vegas has taken a step back recently since picking up solid victories over Denver and the Birds.

The Raiders were blown out at home by the Chiefs in Week 10, then fell apart in the second half of Sunday’s loss to the Bengals.

Now the Silver and Black head to Dallas to face the Cowboys, whose offense struggled in a 19-9 loss at Kansas City.

Las Vegas is sitting in its biggest underdog spot of the season and is worth a strong look against Dallas. Best Bet: Raiders +7 1/2.