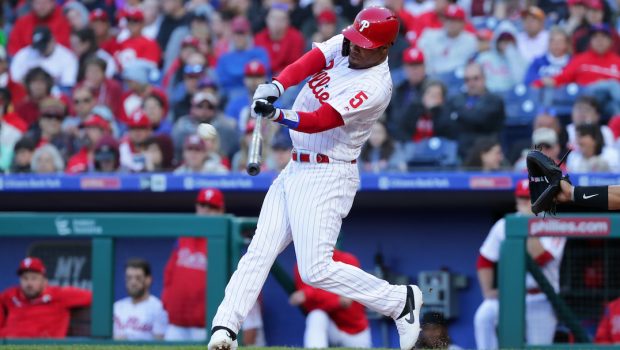 WHY THE PHILS WILL BE BUYERS AT THE JULY 31 TRADE DEADLINE!

So with the trade deadline approaching on July 31 they have to decide now whether to sell players and shoot for next year or buy a piece or two for the playoffs push now.

The Phillies committed big bucks over the offseason:

Then they got Jay Bruce in June, paying him $2.75 million.

Even though the Phils have not played well since late May, they remain in the hunt for their first postseason berth since 2011. There are expectations, from the fan base and from the players in the clubhouse, to make changes.

The Phillies could use some help offensively, too. They are in a unique position because of Scott Kingery’s defensive versatility. He can play center field, where he is becoming more and more comfortable, and third base. If the Phils could find a center fielder or a third baseman, they could move Kingery to the other position to round out the lineup.

The Phillies’ farm system is not regarded as highly as it has been in the past, which might make it difficult for them to outbid another team for the player it wants. The Phillies have two players in MLB Pipeline’s Top 100 Prospects list. One is Double-A Reading right-hander Adonis Medina, who has not pitched as expected (his strikeouts are down and his walks are up). Double-A third baseman Alec Bohm also is in the top 100, but it is difficult to see the Phils trading him unless they get an impact arm under team control through at least the 2020 season. He could be their everyday third baseman as early as next season.

One name to watch is Triple-A outfielder Nick Williams (above). He is blocked in left field by Bruce and in right field by Harper.