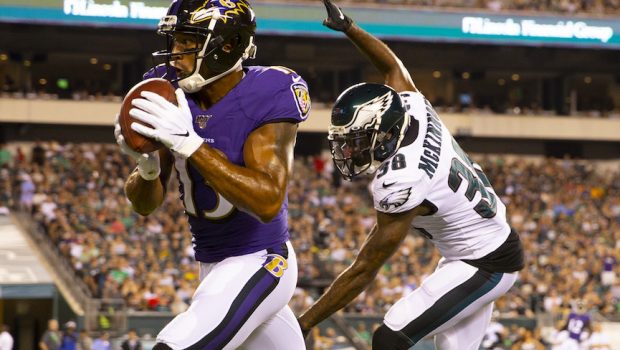 WHY THE NFL WOULD LIKE US ALL TO FORGET THURSDAY NIGHT!

At the Linc, the Eagles and Ravens cleared the field with 11:43 left in the fourth quarter because of a weather warning.

They did not return, as the game eventually was canceled.

Barely any starters played for either team.

None of these issues is new when it comes to the preseason.

Neither is the lone reason to keep it at four games:

NFL owners don’t want to lose the revenue they get from tickets, concessions and selling local TV rights.

But the players are adamant about not trading two preseason games for two added regular season games.

There was some optimism earlier in the week about the possibility of expanding the playoffs from 12 to 14 teams — thus adding two postseason games to the schedule — in exchange for cutting the preseason to three games, but the owners probably aren’t going to regard that as a fair trade as the long slog toward a new CBA continues (the current deal expires after the 2020 season).

So we’re in store for at least one more year of the preseason in its current form. Great.