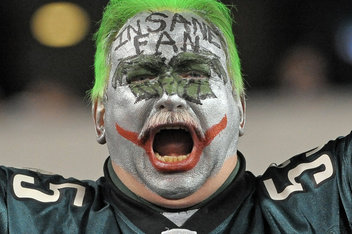 WHY NFL, OF ALL PRO SPORTS, CAN AFFORD TO OPEN WITHOUT FANS!

If you can believe what you and I have read, the NFL is considering playing before empty stadiums this fall.

Financially, they can afford to do so.

A Statista.com survey of NFL revenues from 2010-18 shows only 15 percent comes from ticket sales, with each NFL team reaping approximately $260 million annually from the national television deal.

The survey doesn’t show individual teams’ revenues. The Eagles are privately owned are under no obligation to show their books. But owner Jeff Lurie should support empty venues if that’s the only way for the season to continue.

The NFL needs to do the right thing and that means tearing off a piece of the mountainous profits for the good of the game. It will feel weird, but then what hasn’t lately? Having no season at all would be pure greed when other revenue streams still provide profit.

Luckily, the NFL has the benefit of time and watching how other pro leagues handle games first. Meanwhile, the NFL schedule has been delayed nearly one month until May 9 to avoid making changes. Certainly, training camp won’t have fans.

There are no easy decisions, but that the NFL not being reliant on ticket sales makes this a no-brainer. If the stands must be empty to play the games, then so be it.