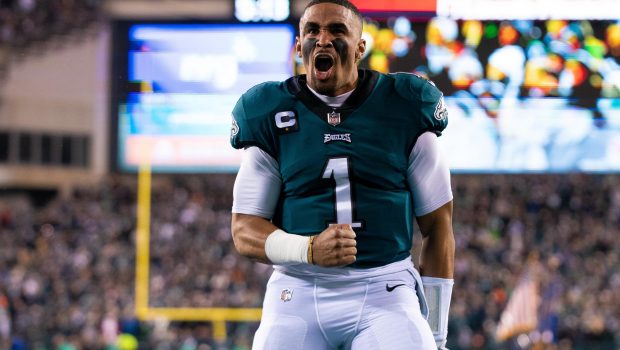 WHY THE HIGH-FLYING EAGLES WILL PLAY FOR THE NFC CHAMPIONSHIP!

Everybody’s got an opinion about how good the Eagles will be after a primo draft haul and the trade for wideout AJ Brown.

But few have the credentials of CBS Sports’ Jason LaCanfora, who thinks they’ll play in the NFC title game:

I was big on them a year ago and telling you guys in October that they will surprise people.

They made the playoffs.

They are ascending and have had a great offseason.

The rest of the conference is largely in regression.

I think Jalen Hurts has some ‘it’ factor to him.

They will have more bite on defense and can play keep-away on offense.