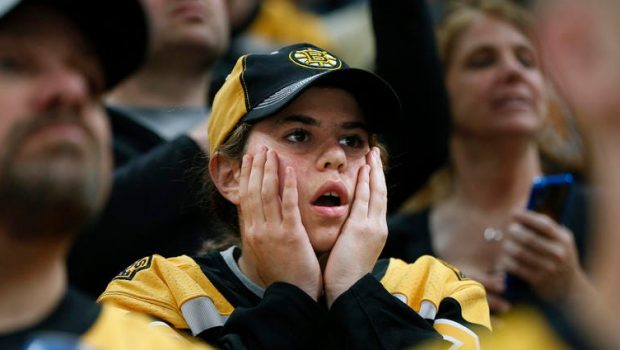 WHY THE FLYERS AND BRUINS WILL BATTLE FOR EAST TITLE

By Mark Gallagher, and the Associated Press

The Flyers promised have dedicated the season to cancer survivor Oskar Lindblom.

They made their playoff push with him in mind, surging under first-year coach Alain Vigneault toward one of their best records in years.

There was a nine-game winning streak that ended in the final game before the hiatus.

There was newcomer Kevin Hayes becoming an instant fan favorite and the Flyers going 19-0-1 when he scored. And Carter Hart, just 21, played every bit like the franchise goalie the Flyers expected.

Had the Flyers made a run in May and June at their first Stanley Cup championship since 1975, Lindblom would have watched it from a seat. While the pandemic break derailed the momentum of the hottest team in the Eastern Conference, it gave Lindblom time to beat cancer and make the playoff roster.

Lindblom not only was rewarded with a three-year contract extension, he was among the 31 Flyers cleared to enter the NHL bubble in Toronto. From cancer to contract to Cup? Maybe. Lindblom was cleared to practice but has yet to leave his native Sweden and join the Flyers.

”He wanted to go home and see his family, which is obviously normal and expected after beating the cancer,” Vigneault said. ”We do think in a short amount of time here, he’ll be back with our group and skating with the boys on the ice. Depending on how quick and how good he feels, at some point he might be able to help us in the near future.”

The Flyers will see a familiar foe in Boston when they play a game that counts. Boston ended the Flyers’ nine-game win streak March 11 with a 2-0 victory and the two will face each other Sunday.

The game opens a round-robin format for conference seeding that includes Washington and Tampa Bay. The Bruins (44-14-12) were on pace to win the Presidents’ Trophy and were the only team in the league with 100 points. The Flyers’ hot streak got them to 89 points (41-21-7).

”Getting ready is more important for me,” Bruins coach Bruce Cassidy said. ”You can play well and still not win hockey games. But if you know you’re playing the right way going into the playoffs, it’ll be a good confidence builder. Obviously, we would love to finish one. But at the end of the day, we’re not going to let it bother us if we don’t. What’s going to bother us is if we don’t play well.”

Flyers captain Claude Giroux and forward James van Riemsdyk are the lone players left from the team’s last trip to the Stanley Cup Final in 2010. The 32-year-old Giroux believed this is Philly’s best time since then to make a serious championship push.

”I do believe that this is probably our best chance that we’ve had since,” he said. ”We have a lot of depth. We have veterans. We have young players that do a lot for us. Our goaltending. We’re just good everywhere. Confidence is a big part of it. If we can get that confidence early on during the round robin, I think that’s going to be huge for us.” 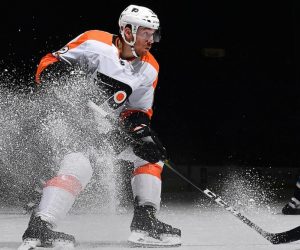 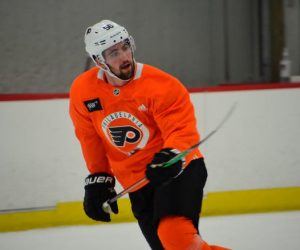 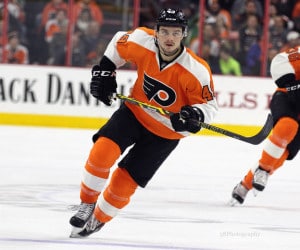