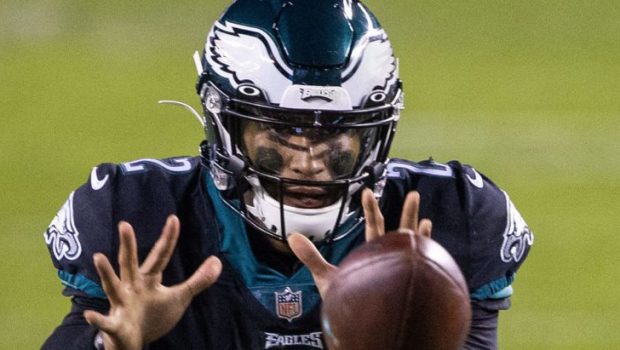 WHY THE EAGLES WILL COVER THE 6 1/2 AND MAYBE BEAT THE CARDS!

The Eagles are in Arizona to play the Cards tomorrow, and they are 6 1/2-point underdogs.

We think they’ll at least cover and maybe win.

Birds QB Jalen Hurts became the second quarterback in the last five years to produce 100+ rushing yards in a game without taking a sack, as The Athletic’s Sheil Kapadia points out of their 24-21 win last Sunday over the Saints.

The Eagles setting a season-high for yards after the catch. For the most part, Hurts avoided negative plays and knew when to throw the ball away.

The Eagles’ biggest issue this week is they’re banged-up in the secondary.

That could mean big trouble against DeAndre Hopkins.