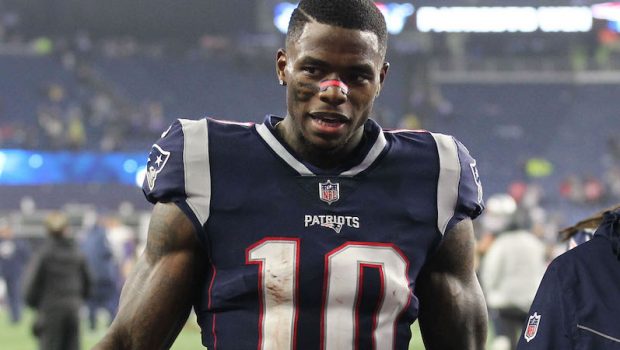 WHY THE EAGLES SHOULD SNAP UP WR JOSH GORDON!

DeSean Jackson may return to the Eagles this Sunday after being shelved since Week 1 with an abdominal strain.

The Eagles wide receiver woes have been well documented with his absence:

Nelson Agholor has 11 catches for 93 yards over his last five games while Mack Hollins and second-round pick JJ Arcega-Whiteside have one catch combined. That’s a huge problem for a team that is averaging a paltry 6.5 yards per pass.

Sure Jackson coming back (he is the NFL’s active leader in yards per catch) will help, but why not make the wide receiver unit significantly better with Josh Gordon, who was released yesterday by the Pats, in the mix? If Jackson does happen to aggravate his abdomen injury, the Eagles will have depth at having a downfield threat in Gordon. Assuming Jackson stays healthy, Gordon becomes a valuable No. 4 wide receiver that can relieve Jeffery, Jackson and Nelson Agholor. Hollins can return to a special teams role.

Being 17th in the waiver order makes it very unlikely the Eagles would get Gordon, but teams could shy away from his off-field issues. A team averaging just 5.3 yards per play and a half-game out of the NFC East race could use Gordon’s services, especially since the Eagles front office has been interested in acquiring him before.