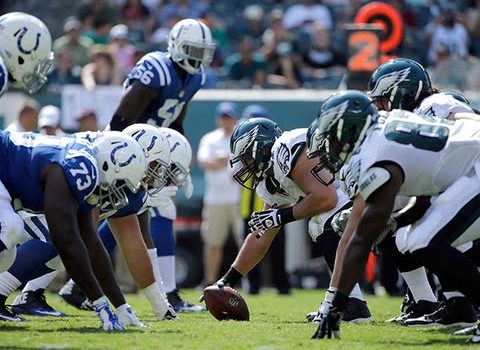 WHY THE EAGLES, A 7-PT. FAVE, WILL BEAT SPREAD AGAINST COLTS!

The good news for Eagles backers is the club’s penchant for covering the spread at home, as Philly is 8-2 ATS in its past 10 contests at Lincoln Financial Field. The UNDER has also been a rock-solid wager in this spot, evidenced by the Eagles going below the closing total in five of their last six home games, with an average combined score of 28.2 points.

How much different will the lackluster Eagles offense look now that Carson Wentz is back at QB?

The last time Wentz played in an NFL game, he lifted the Eagles to new heights before suffering a season-ending knee injury in a Week 14 matchup with the Los Angeles Rams a year ago.

While Nick Foles was able to lead the Eagles to their first-ever Super Bowl victory in February, the club will receive a big boost when Wentz returns to action in Week 3 against the Indianapolis Colts. Sportsbooks opened the Eagles as 6-point home favorites with a total of 47.5.

Wentz, who was medically cleared for contact on Monday, looks to be in tip-top game shape after he was seen throwing bombs of 50-plus yards during warm-ups before the Eagles’ 27-21 Week 2 loss to the Tampa Bay Buccaneers.

In 13 games last year, the North Dakota State product had 3,296 passing yards, 33 touchdowns and only seven interceptions. Philly’s offense has been lackluster to say the least through two games in the new season, as the unit is averaging 19.5 points and 322 passing yards per game – 25th and 24th in the league so far.