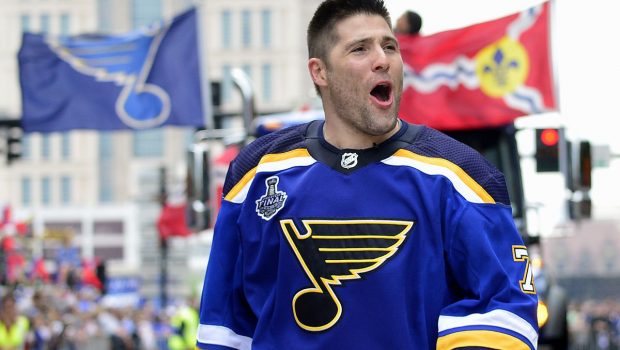 WHY STANLEY CUP-WINNING PAT MAROON MIGHT BE A FLYER AGAIN!

What can you say about Maroon, who now has back-to-back Stanley Cup championships with different teams?

He made it clear that he was looking for more than a one-year deal last summer, but he ended up having to settle for just that with the Tampa Bay Lightning.

An NHL executive might have put it perfectly back then: “He’s a dinosaur, but there’s no one left who knows how to play against a dinosaur.”

Even in his on-ice interview after winning the Stanley Cup, Maroon seemed to be pleading with potential teams to finally believe he can be an asset on a multiyear contract. That’ll be his target, but it’s hard to know if he’ll get there in a cap world.