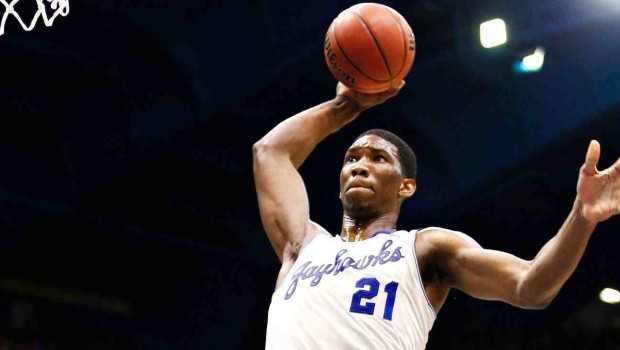 WHY SIXERS WERE SMART TO DRAFT EMBIID

For taking the player with the highest upside, despite the gamble. Forget the injury concerns and his limited experience for now. The Kansas big man from Cameroon, who began playing basketball at the age of 16, was likely the top pick before his latest injury — a stress fracture in his right foot expected to sideline him four to six months — and the 76ers are entrenched in rebuild mode anyway. A young duo of the athletic yet raw 7-foot Embiid, who has drawn comparisons to Hakeem Olajuwon and Tim Duncan, and reigning Rookie of the Year Michael Carter-Williams is a foundation Philly can build upon.

A bull on the basketball court, the left-handed Randle adds toughness and scoring punch to the Lakers’ soft front-court. Picture Zach Randolph, but athletic and able to handle the ball in the open court. He’s a ready-made competitor who won’t wilt under the bright lights of Los Angeles having experienced the pressure of Kentucky. Kobe Bryant likely was smiling Thursday night as he took a brief break from his second workout of the evening.

The Timberwolves’ best player, Kevin Love, appears to be on the way out, and their first-round draft and fellow UCLA Bruin didn’t seem pleased to be headed to the Twin Cities. LaVine was a curious selection, an inconsistent, albeit athletic, 6-foot-5 guard with a 46-inch vertical leap who didn’t even start in his one year in Westwood and doesn’t have a set position. LaVine seemed dismayed when NBA commissioner Adam Silver announced the selection, bowing his head on a table and looked to mouth a curse word to himself. Timberwolves fans must be ecstatic.

Our neighbors to the north haven’t won an NHL crown in 21 years, but perhaps that’s because Canada has turned its focus from pucks to hoops. For the second straight year, the Cavaliers used the top overall pick on a Canuck, taking Kansas phenom forward Andrew Wiggins of Ontario after selecting Anthony Bennett a year ago. The athletically gifted Wiggins, blessed with a second leap better than most players’ first, would be hard-pressed to be worse than Bennett, a rookie flop. Wiggins was one of three Canadians taken in the first round, joined by Michigan sharpshooter Nik Stauskas, who went to the Kings at No. 8, and Syracuse point guard Tyler Ennis, who went to the Suns at 18. We’ll always have hockey, at least.

Headline writers across America were salivating for a good 10 minutes, dreaming of Nuggets-McBuckets word play, before the Nuggets sent the Creighton star and National Player of the Year to the Bulls for the rights to the Bulls 16th and 19th picks, which Denver used on Bosnian forward Nurkic and Michigan State guard Harris, respectively. McDermott adds a dynamic shooter with in-the-gym range to the Bulls’ at times anemic offense. Another possibility: A chip in a Carmelo Anthony sign-and-trade?

Was anybody watching the NCAA Tournament? Napier led UConn to a stunning March run, beating the likes of Kentucky and Michigan State — with guards who went ahead of him in the draft — yet the two-time national champion was still available at No. 24 to the Hornets, who turned around and dealt him to the Heat. Free agent LeBron James praised Napier on Twitter months earlier and again on Thursday night. Now The King can play with Napier — if he so chooses.