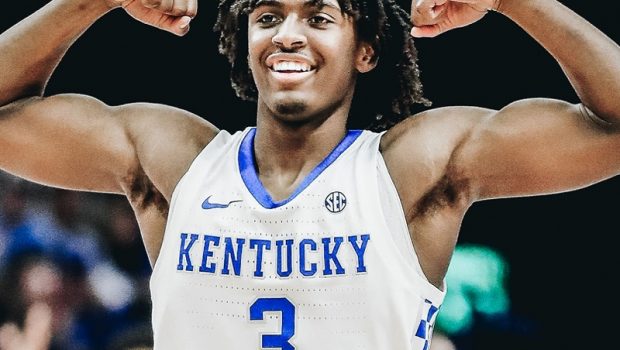 WHY SIXERS ROOK TYRESE MAXEY WILL BE A TWITTER SENSATION!

Most likely to get Twitter to demand he plays more minutes — Tyrese Maxey, Sixers

Some of this will have to do with Sixers Twitter being absolutely guano crazy over their young players.

Some of this is due to non-Sixers fans demanding that Ben Simmons no longer be the point guard of this team.

And some of it will be the enticing skill set and potential of Maxey.

In a Daryl Morey organization, guard play is always going to be highly valued.

Some believe Maxey is one of the steals in this draft. He could have easily gone in the lottery, but slipped to 21 in the draft.

People will want to see Maxey on the floor sooner, rather than later.

And it will be hard to do considering rookies playing for Doc Rivers is rare.

It’s not impossible, but it’s not his preferred method of a rotation.