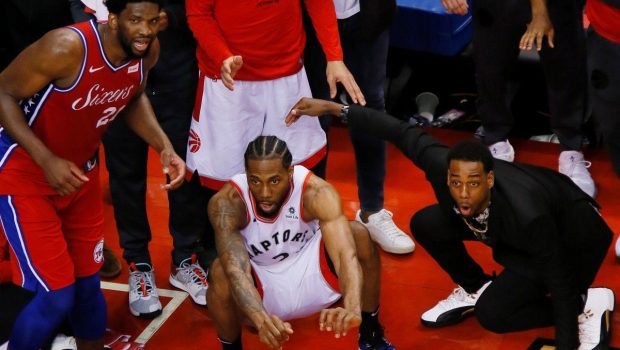 WHY SIXERS ARE NEW AND IMPROVED OVER LAST MAY’S NIGHTMARE!

After Kawhi Leonard’s shot bounced multiple times off the rim and through the basket to eliminate Philadelphia in Game 7 of the Eastern Conference semifinals in May, the Sixers had to regroup and rebuild their roster after losing Jimmy Butler and JJ Redick, adding forward Al Horford and guard Josh Richardson, among others.

With All-Star center Joel Embiid and all-around standout Ben Simmons, the Sixers will open the season at home tonight against the rival Boston Celtics.

Embiid’s availability was spotty in the playoffs due to injury and illness, but he now appears healthy and has a capable frontcourt mate and backstop in Horford.

“I feel like it’s going to be a different story than last year,” Embiid said. “We’re going to be a little better in that area, especially when he takes over when I’m not playing.”

As the Sixers’ title quest begins against the Celtics, it will be an early look at how Simmons shoots the ball. Simmons has yet to make a 3-pointer in his career, though he did convert one in the preseason. He has been criticized for a lack of willingness to shoot from outside the paint.

“I think I was just too worried about what people are saying and what was going on around me, outside noises,” Simmons said. “And I was able to really block them out this summer and not really focus on what people were saying. At the end of the day, I don’t really care anymore unless it’s coming from someone in my circle or somebody that’s trying to help me get better.”

Like the Sixers, the Celtics have a stacked roster with the potential to capture the Eastern Conference. Gordon Hayward, Jaylen Brown — who just signed a contract extension — Jayson Tatum and free-agent signee Kemba Walker will lead an ultra-talented team. All four players can score in bunches, so building chemistry throughout the season’s early part will be crucial.

“I think everyone is building chemistry with him,” Hayward said of Walker. “He’s a pretty easy guy to play with, and we’re just learning each other’s strengths.”

Walker proved to be a prolific scorer through eight seasons with the Charlotte Hornets. He certainly will have no problem scoring with the Celtics, but he also realizes what ultimately will help win games — defense.

“I think we have a lot of potential defensively,” Walker said. “I think that’s going to be our calling card to get us over the hump in games this season. I think as long as we’re locked in defensively, we’ll have a chance to win any game that we’re in.”

Losing Horford will affect the Celtics, who lack depth in the frontcourt. Enes Kanter was brought in to pick up some slack.

Walker will be charged with replacing Kyrie Irving, who left in free agency following a turbulent year and the team’s five-game series loss to the Milwaukee Bucks in the second round of the playoffs. With that defeat behind them, the new version of the Celtics officially begins Wednesday.

“This team’s done a good job of flipping the page and moving forward and focusing on itself,” Boston coach Brad Stevens said. “I really like the guys in our gym right now.”