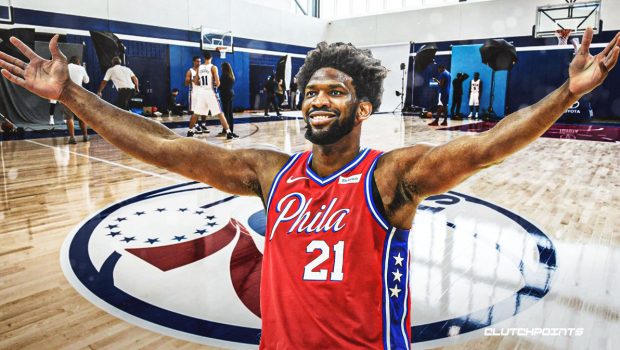 WHY SIXERS ARE A GOOD BET, GETTING 3 1/2 VS. BLAZERS TONIGHT

The Sixers have a bubble match-up with the Portland Trail Blazers tonight in their first game after the news that Ben Simmons isn’t coming back because of his knee surgery.

Bettors don’t seem to feel that oddsmakers have adjusted enough for the loss of Simmons, betting the Trail Blazers up to -3.5 as of this morning. The 76ers are 3-7 ATS in their last 10 games as underdogs, while Portland is 7-3 ATS in its last 10 as chalk.

Simmons, an All-Star forward, dislocated his left kneecap Wednesday against Washington and will undergo arthroscopic surgery in the next few days. He leads Philly this year in minutes, assists and steals while also ranking second in rebounds and third in scoring.

With Simmons out of the lineup Friday against Orlando, Al Horford moved back into the starting lineup and had 21 points and nine rebounds in a 108-101 victory over the Magic. Philly has gone UNDER the total by a combined 35 points in its last two games after going OVER in its previous eight — seven of those times by double-digit margins.

The Trail Blazers find themselves in desperation mode after melting down the stretch of Saturday’s 122-117 loss to a Los Angeles Clippers squad that rested Kawhi Leonard and limited the minutes of Paul George. Portland was outscored 12-2 in the final 1:36 of the contest and the normally clutch Damian Lillard missed two key free throws and a three-pointer in the dying seconds, drawing chirps from the LA bench.

With three seeding games to go, the Trail Blazers remain 1.5 games behind Memphis for the eighth seed in the West — and just 0.5 games ahead of San Antonio. “This loss today really hurt. Hopefully, we have the mindset of how important (Sunday’s) game is,” head coach Terry Stotts told NBC Sports Northwest.

One bright side in Saturday’s loss was the continued strong play from Jusuf Nurkic. The Bosnian came within one assist of a triple-double and is averaging 15.6 points in five Orlando games since returning from a broken leg. The Trail Blazers may need that production to continue if fellow center Hassan Whiteside, who missed Saturday’s game with a left hip strain, has to sit out again.