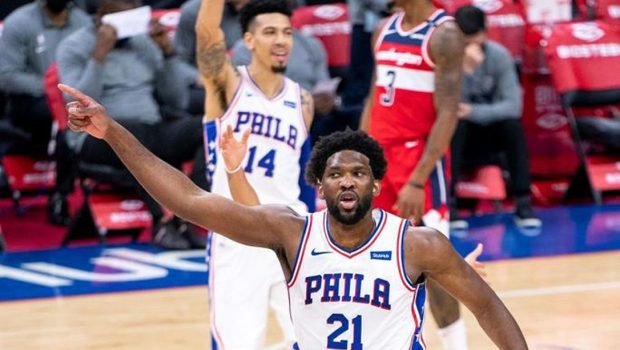 The Sixers host the Lakers tonight at the Wells in what is arguably a heavyweight title preview.

Philly has the best record in the East and LA the best in the West, so it’s not impossible that they could meet in the NBA Finals in June.

The Sixers were a far better team last year at home than on the road, and that has continued this season even with no fans in the stands.

Their 9-1 SU record at Wells Fargo Center is the best home record in the NBA, compared to a pedestrian 3-5 record away from Philly. Dating to last year, the Sixers are now a sizzling 20-8 ATS in their last 28 as hosts.

The Sixers are coming off a 15-point loss at Detroit on Monday, when the 76ers allowed the 4-13 Pistons to shoot 50 percent from the field and enjoy a 47-36 advantage on the glass.

Ben Simmons scored just 11 points in 21 minutes after getting into early foul trouble, an issue all night as the Sixers sent Detroit to the free-throw line 38 times. Tobias Harris was the lone bright spot offensively for Philly, shooting 10-for-19 from the field and finishing with 25 points.

Early-season MVP candidate Joel Embiid sat out Monday’s game to rest a sore back, but Embiid wasn’t listed on the injury report for Wednesday and is expected to return. Philly’s star big man was on a tear before missing Monday’s contest, averaging nearly 38 points and 12 rebounds in his previous three games and scoring at least 33 in four of his last five. With Embiid in the lineup, the Sixers are 12-2 SU this season.

With the Lakers playing their fourth straight road game and Philly in a bounce-back spot, taking more than a bucket with the home dog looks like the way to go in a game that could easily come down to the final possession.