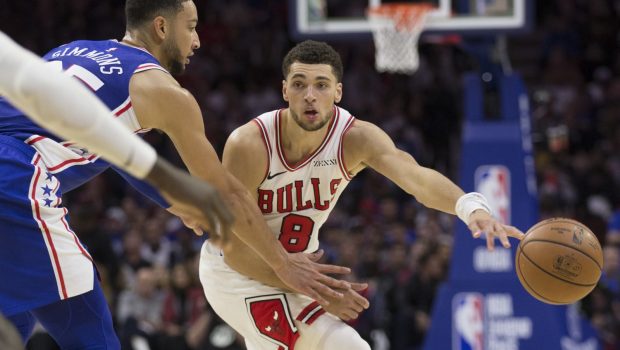 WHY SIMMONS FOR LAVINE AND SATORANSKY MAKES SIXERS SENSE!

Of all the rumors we have heard about where Ben Simmons will be traded when big boss Daryl Morey pulls the trigger, sending him to the Chicago Bulls for Zach LaVine and Tomas Satoransky makes the most sense.

Why not just stick with LaVine if you are Chicago? Well, we saw how that played out last season, when the Bulls traded two first-round picks — including the No. 8 selection in this year’s draft — for Nikola Vucevic in an effort to build a playoff roster around LaVine. That failed miserably, falling short of a play-in tournament bid. LaVine can walk in free agency next summer, when he will presumably command a massive contract, and why not invest your future in Simmons, who has at least proven capable of contributing to a winning team?

Simmons would provide the NBA’s third-biggest media market with some needed name recognition, and the roster fit is an interesting one.

Vucevic’s floor spacing at center is the ultimate complementary weapon. Coby White and Patrick Williams have potential to be molded as weapons with which Simmons can create. Add some more shooting around them, and you have a path to the playoffs or possibly more.