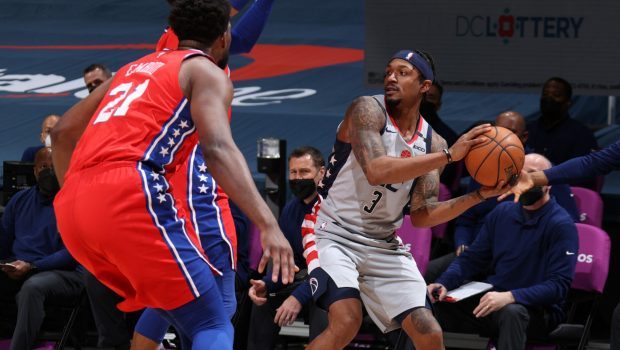 WHY SIMMONS FOR BEAL MAKES SENSE FOR SIXERS, EVEN IF THYBULLE GOES TOO!

The latest is Wizards super-talented guard Bradly Beal who’s already told management he’s not re-signing after his contract expires this season. Perfect for the Wiz to grab Simmons for a player they might lose anyway.

The money closely adds up as both make about $30 million a year.

Beal’s 28, Simmons 25, but the Wiz could want a throw in player to get a deal, Matisse Thybulle. That would be a bitter pill to swallow giving up on a fabulous young defensive player who’s has helped win many games this season.

But getting that missing star back for Simmons for a real title run this spring is the whole point here, pairing Joel Embiid with a big time player that could have the Sixers competing for the NBA title come playoff time.