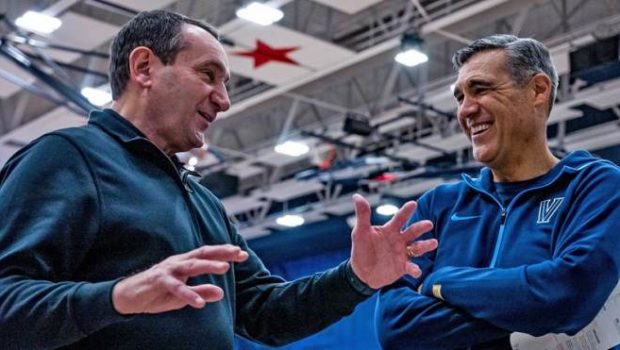 It’s been a couple of months since Jay Wright shocked Villanova world by retiring after 21 seasons.

And there’s been no shortage of speculation about his next gig:

Move into Philly and run for mayor.

When asked Monday on the College Hoops Today Podcast if he could ever see himself coaching at another college program other than Villanova, Wright gave the following emphatic response:

“Definitely not. I’m committed to Villanova and working with Father Peter Donohue — our President — outside of basketball with the athletic department, with our capital campaign. These are new things for me that are exciting. I want to keep Villanova strong — I wouldn’t want to do that (coaching) at another university.”Wright served as Villanova’s head coach from 2001-22 and has had multiple chances to coach in the NBA during his Hall-of-Fame career, but never made the jump. He currently serves as Villanova’s special assistant to the president. Wright led Villanova to two national titles (2016, 2018) and four Final Four appearances (2009, 2016, 2018, 2022) during his tenure on the Main Line.He was replaced by Fordham’s Kyle Neptune in April. Neptune served as Wright’s assistant at Villanova from 2013-21.