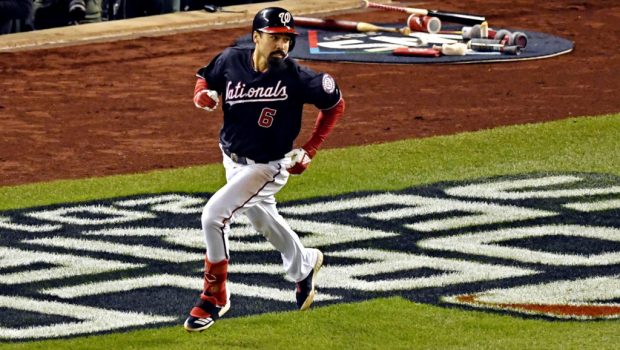 WHY PHILS SHOULD SPEND STUPID MONEY ON 3B ANTHONY RENDON!

The Phillies have two directions they can take at third base, since Maikel Franco’s time is seemingly nearing its end:

Go after one of the best free agents available in Anthony Rendon or pursue a stop-gap option until they deem prospect Alec Bohm is ready to take over.

It’s not an easy answer, and even pursuing someone like Josh Donaldson, who stayed healthy and thrived in Atlanta last season, would create complications if the Phillies believe Bohm will join the team sooner rather than later in 2020.

The Phillies need an offensive upgrade at the position regardless, and should be able to find a suitable option, even if they are unable to land Rendon. It seems unrealistic they could sign a top pitcher (Cole or Strasburg) and also add Rendon, so the path they pursue will reveal which area the organization believes needs the bigger upgrade and perhaps higher confidence they can land a certain player.

The wild-card scenario: Bohm opens the season with the Phillies despite not yet reaching Triple A.